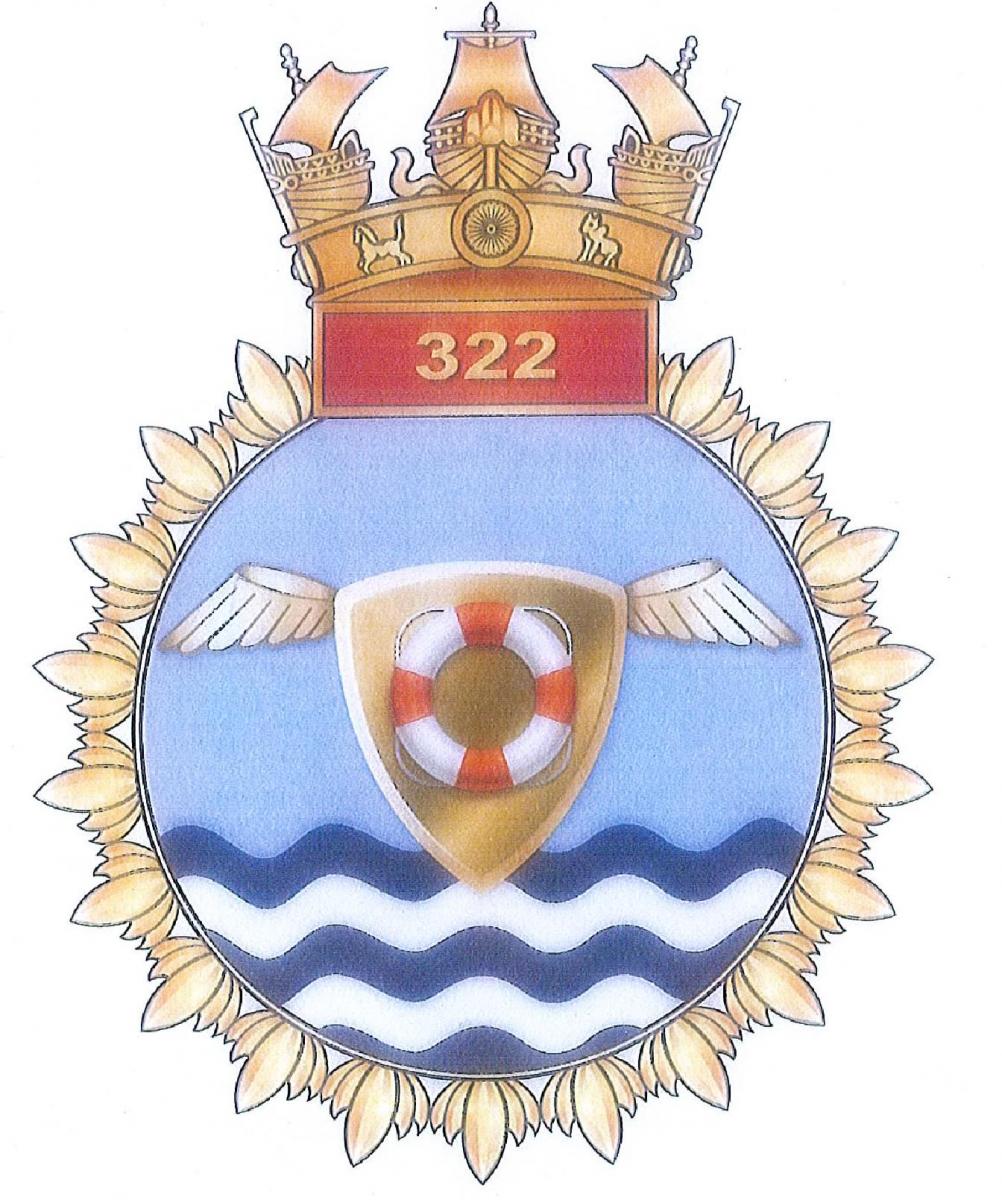 The Advanced Light Helicopter (ALH), also known as 'Dhruv', is the first indigenously designed and manufactured helicopter by HAL Bangalore. ALH was inducted into the Indian Navy on 28 Mar 2002. The Intensive Flying and Trials Unit (IFTU), formed at INS Garuda on 10 Feb 2003, undertook three years of intensive flying trials and evaluations. Post completion, the aircraft was cleared for operational exploitation and ALH Flights were established at Kochi and Goa on 01 Sep 05. With the amalgamation of the two units in Dec 09, ALH Flight Kochi remains the sole ALH operating unit in the Navy. The first ALH squadron was commissioned on 12 Nov 13 at INS Garuda, Kochi. The ALH is being employed for a variety of missions including Advanced Search and Rescue, Special Heli-Borne Operations, Armed Patrol, Sniper Ops, VVIP Carriage and Night SAR. Cdr Ravi Sivasankar is the first Commanding Officer of the squadron. 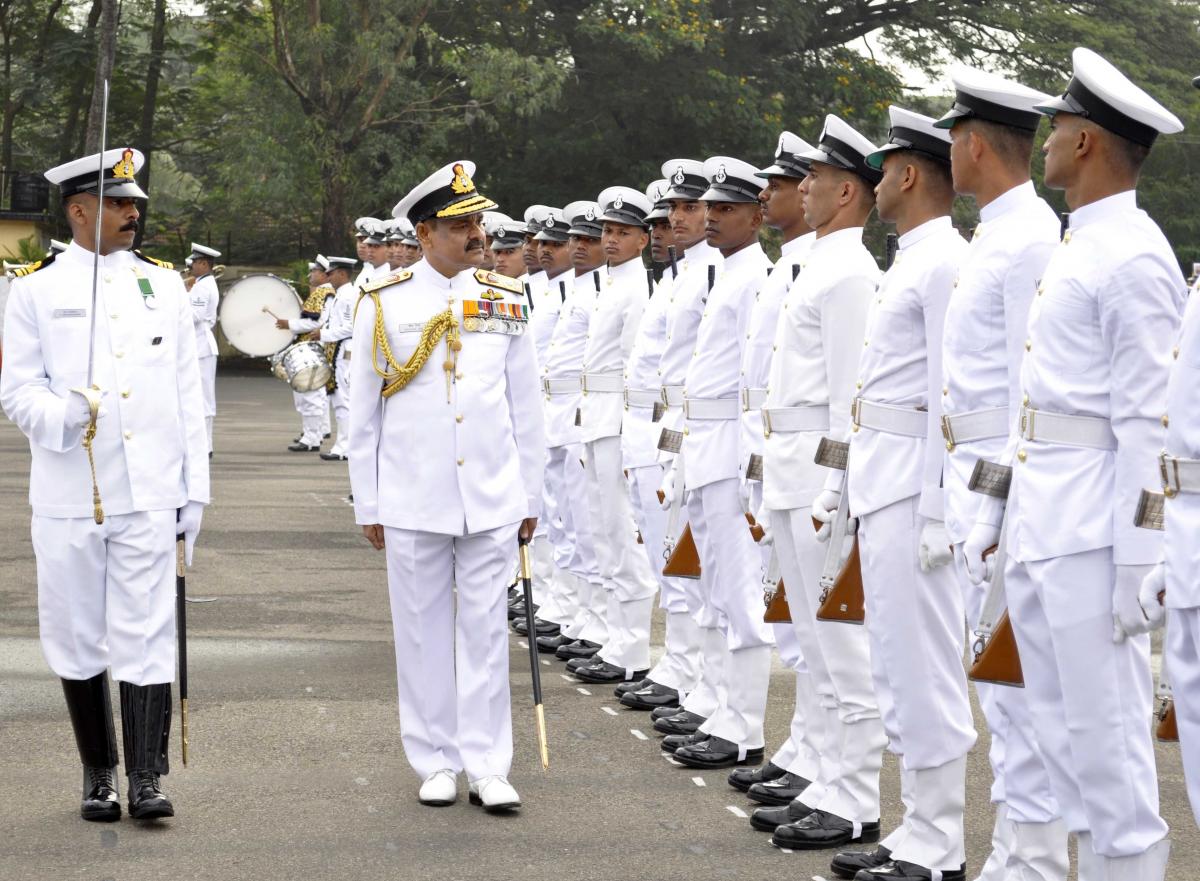 The first ALH (Dhruv) Squadron was commissioned at Kochi on 12 Nov 13 by Vice Admiral Shekhar Sinha, Flag Officer Commanding in Chief Western Naval Command. Dhruv is the first indigenously designed and manufactured helicopter at Hindustan Aeronautics Limited and with its multi role capabilities has proven her mettle in all the three services of the Armed Forces, Indian Coast Guard , BSF and in the inventory of foreign countries. The squadron would have the name Indian Naval Air Squadron (INAS) 322. 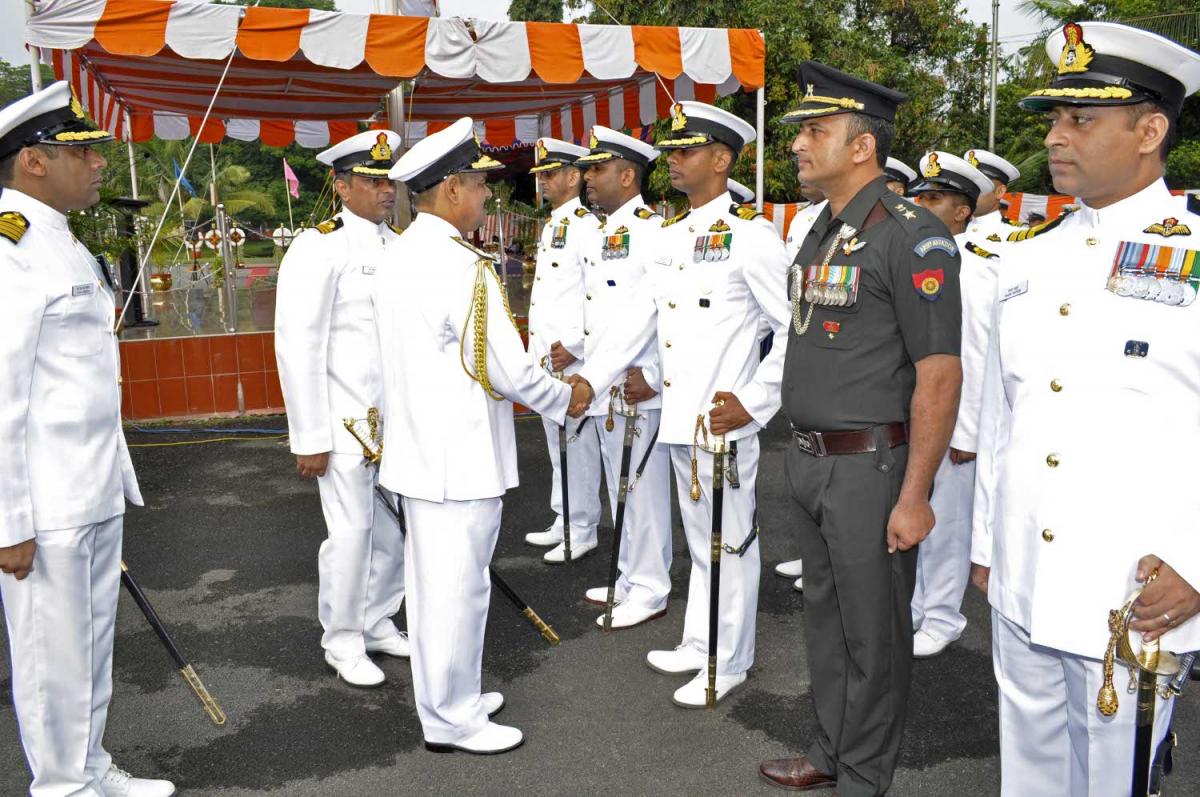 Vice Admiral Shekhar Sinha, being introduced to the officers of the Squadron

Addressing the commissioning ceremony parade, Vice Admiral Sinha said that in the Navy, Dhruv helicopters has transformed into an advanced search and rescue (SAR) helicopter also used for missions like heliborne operations, and armed patrol with night vision devices. Such machines in the inventory have become imperative for the Navy given the scenario of low intensity maritime operations (LIMO) and coastal security construct said the Admiral. Looking ahead, Vice Admiral Sinha said that with the commissioning of Vikramaditya, Navy’s reach and ability to respond in real time to developing situations in our area of responsibility would see a quantum jump. Aerial assets like UAVs, Mig 29 K fighters, P 8 I and Dhruv have added punch to our quiver he added. 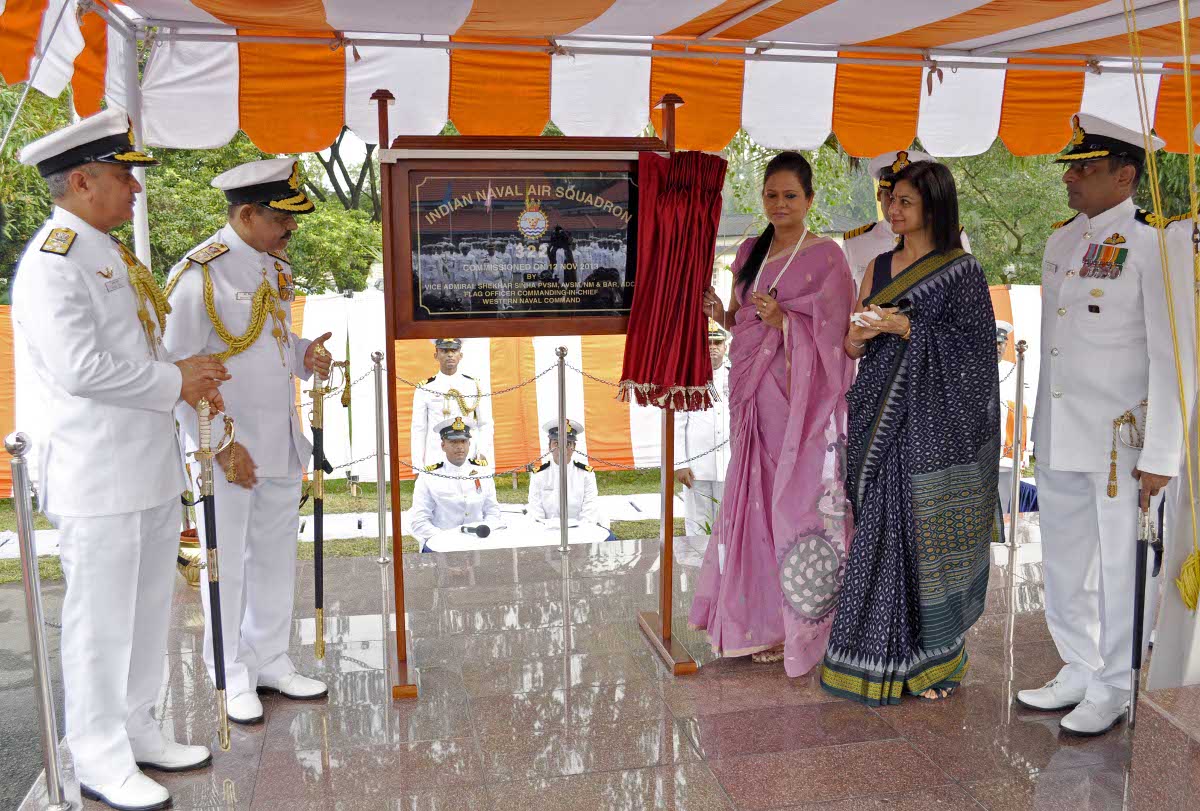 Vice Admiral Satish Soni, Flag Officer Commanding in Chief Southern Naval Command under whose administrative control INAS 322 would function, in his address said that, the versatile aircraft would soon be cleared for night SAR role, one of the few helicopters in the world to have that capability over sea. He also expressed satisfaction that the ALH would beef up the coast security architecture. Earlier, Smt Mona Sinha named the squadron as INAS 322 and unveiled the commissioning plaque. Commander Ravi Sivasankar, the first Commanding Officer of the Squadron recited the invocation and read out the commissioning warrant. The squadron will call themselves “Guardians” with the credo “Search Fearlessly, Rescue Valiantly” signifying their primary role of SAR. The commissioning ceremony was held at INS Garuda, the Naval Air Station and mother base of INAS 322

The Guardians in action rig next to their birds