Admiral Scott Swift, Commander, Pacific Fleet is visiting New Delhi from 07 – 09 Jan 16. His visit is intended to consolidate the growing defence relations between India and US and also to explore new avenues for naval cooperation. 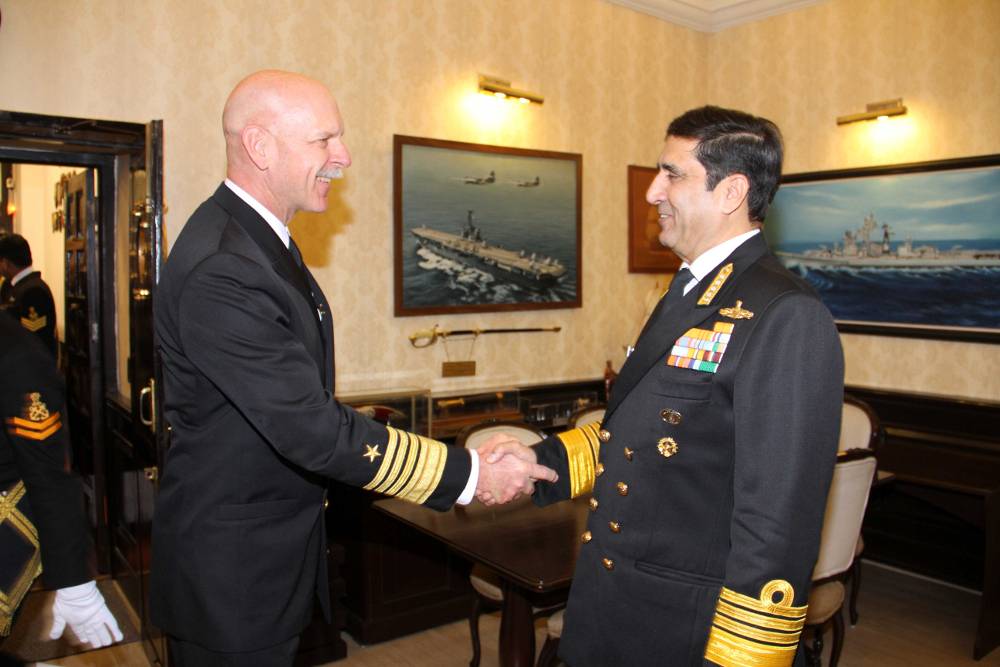 Admiral Scott Swift held bilateral discussions with Admiral RK Dhowan, Chief of the Naval Staff on 08 Jan 16. He also interacted with the Deputy Chief of Naval Staff and members of the Naval Maritime Foundation. The Admiral has earlier visited India in 2012 and 2013 in various capacities. Adm Swift was promoted to the rank of Admiral and assumed Command of the U.S. Pacific Fleet on 27 May 15. He is the 35th Commander since the Fleet was established in February 1941 with Headquarters at Pearl Harbour, Hawaii. 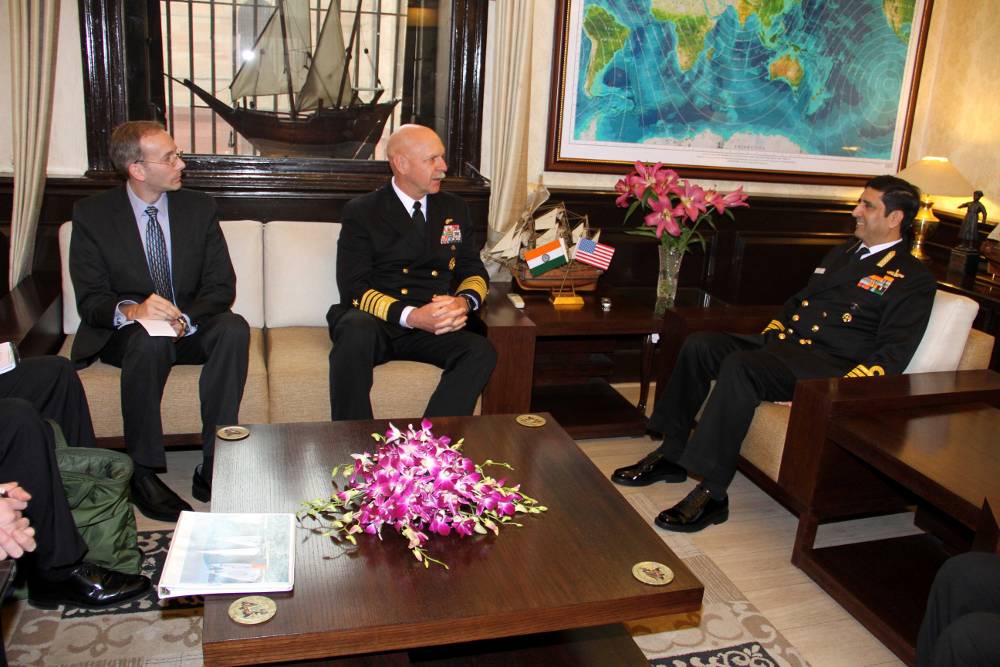 The Indian and the US Navies cooperate with each other in terms of technical training, anti-piracy patrols, Navy to Navy staff talks, bilateral exercises such as MALABAR, as well as interact at various multilateral forums like RIMPAC. Warships from both navies call at each other’s ports,which provides excellent opportunity for professional interaction and building ‘Bridges of Friendship’. With the ongoing construction of Indigenous Aircraft Carrier (IAC 1), carrier construction cooperation has emerged as one of the major areas for cooperation between the two navies.

Major issues that were discussed during the visit included enhancement of scope and complexity of exercises, training exchanges, improving MDA by sharing of white shipping information and participation of USN in the prestigious International Fleet Review being organised by Indian Navy off Visakhapatnam in Feb 16.